We are pleased to accommodate all your needs through our seamless, huge LED Display with optimal aspect ratio, size settings suitable for various installation location, and the best resolution that fits perfectly in your practical applications.
We utilize the discernible Feature of LEDs as a self-luminous device displaying high brightness images. As for outdoor installation, we ensure desirable visibility even under direct sunlight.
Spatial Presentation

We provide optimal LED display system solution for all locations such as stores, station complexes, and office buildings with the best design and high visibility to match with various installation locations. Surely, we also do transparent and irregular shape for all sorts of installation. We would love to contribute in terms of interior design, store design at the design and planning stages, as well as installations in existing facilities.
For more details
Signage

We provide LED Display with great visibility to deliver your ads to a wide scope of customers with maximal attention-attracting impact. Our LED Display can be installed not in different facilities, buildings, and vehicles in various promotional events.
For more details
Information Display

A borderless LED display with high visibility can be definitely utilized even in the control room of any transportation systems with no disturbance to the information contents.
For more details
The Difference between LED Display and LCD Display

There are three main differences between LED display and LCD display.

First, the light source. The light source of the LCD is mainly called “backlight”, which is set on the sides so as to make the display thin, and the light is distributed throughout the display by a light guide plate (LGP). In LED display, all individual pixels are able to emit light so even with the same brightness, it gives out a much greater impact and a sense of immersion for clients.

Then, the size. LCD displays are basically made in standard sizes that combination of a number of LCD displays is needed for the installation of a large display. As the standard displays are combined vertically and horizontally, there is also a limitation that the size of the large display has to a multiple of the smaller standards. Besides, the joints by the edges (bezels) are so visible between the liquid crystal displays.

On the other hand, the LED Display is constituted by combining modules on a single display in which LED elements are spread on a thin plate; it brings much less restrictions in its size and a seamless large display with no edges. 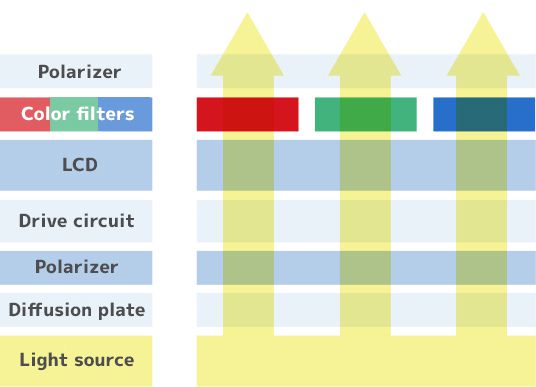 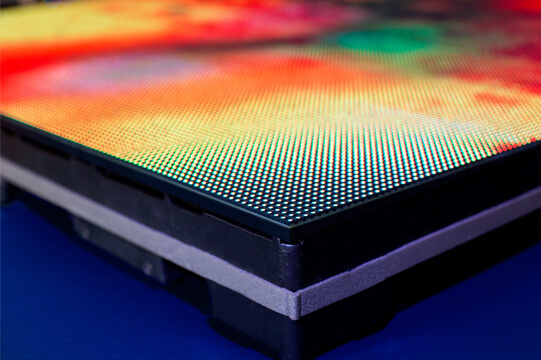